Leona, a Promessa Ambassador for Switzerland. 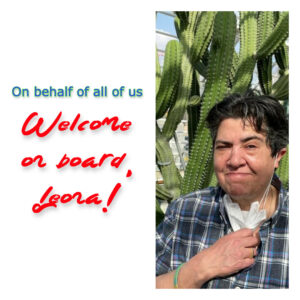 Leona G. is our latest Promessa Ambassador, based in Geneva, Switzerland. Her parents of Anglo-Persian origin moved to Switzerland when she was a child in 1973. She remained in the world capital of peace, working in the music and entertainment industry.

She discovered Promessa while surfing the web and was immediately captivated by the striking and environmentally friendly concept. After researching the web through links, articles and videos, she became friends with Promessa in 2020.

She loves nature and believes that humanity has avidly exploited Mother Earth. Now is the time to give something back to nature. She is frustrated to see that in the 21st century, only two funeral options exist, burial or cremation (toxic for the environment). Hence the importance of the method advocated by Promessa.

She completed the masterclass in March 2021 and is excited to begin her new role as Ambassador Promessa.Thank you, Leona, for being part of the Promessa team. We will work together for sustainable solutions. Congratulations on your new title!

Do you want to be a Promessa Ambassador?

Being a Promessa Ambassador means that you feel closer to the Promessa project as we share the same values and commitment to nature. As a Promessa Ambassador, you have a more active role and want to help spread the Promession method as it is all about sustainability, the living soil and the satisfaction that you are helping others to understand that there is a better choice; as our bodies can be a gift back to nature.

Being a Promessa Ambassador is a key role and here at Promessa we take it very seriously. First, you need to be trained in the Promession method, so you have the technical and biological knowledge. After your training and test completion, you will officially be a Promessa Ambassador, so you can initiate doing activities which can help with “Promessitating the world.”

Some examples of these actions could be talking to others about the Promessa project to help increase the knowledge of Promessa in your area, organizing promotional activities, talking to friends and family, introducing Promessa in some community activities, etc. In some cases, our Promessa Ambassadors are people who are planning to open a business in this sector and want to help obtain government and/or municipal approvals, licenses for the operation of the Promessa method in their territory, etc. In other cases, we have Promessa Ambassadors who run associations, so they want to introduce Promession to their partners/friends, local government administration, opinion leaders, etc. Always included, is the support of Promessa and having an open and cooperative communication process among our team.

Are you excited? Contact us and we will provide you with further information.